Shares
Like
Tweet
Email
Don't Miss
Free Subscription To the Freshest Health News And Tips
Hide this
Home   >   Article   >   Why Curcumin Is Better Than Ibuprofen…And Women Absorb It Faster!

Why Curcumin Is Better Than Ibuprofen…And Women Absorb It Faster! 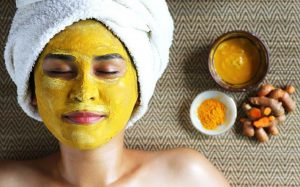 A recent report highlighted how women were capable of absorbing Curcumin much faster than men.  The German study found that when Curcumin was added to liquid, it boosted its absorption rate and that “liquid nanomicelles were 185 times better absorbed than regular powdered supplements”.

The scientists also found that men’s absorption rate was 114 times higher while women’s was 277 times higher, it was revealed in the report.

Boosting Curcumin absorption into the bloodstream is one of the best delivery methods, where the spice is placed in liquid capsules to produce tiny nanomicelles.

Everyone can benefit from taking this amazing pain-relieving antioxidant. A new study, involving 367 people with moderate to severe knee osteoarthritis, involved half being given Ibuprofen (1200mg per day) and the other half being told to take turmeric extracts (1500mg per day) in divided doses for 4 weeks.

The researchers found that the symptoms in both groups significantly improved at 2 weeks and 4 weeks, along with there being no significant differences in pain, stiffness or function scores between those taking Ibuprofen and those taking the Curcumin.

The number of people experiencing abdominal pain or discomfort however was found to be significantly higher in the Ibuprofen group when compared to those taking Curcumin.

Researchers concluded that turmeric extracts are as effective as Ibuprofen when it comes to treatment for knee osteoarthritis but with fewer side effects on the liver, stomach, etc.

If you have experienced any kind of negative side effects with NSAIDs, or any adverse side effects on the stomach, kidney, liver or cardiovascular system then Curcumin could be a good option to consider.

When Curcumin is taken with painkillers it can also boost their effectiveness, meaning lower doses are needed – or it can be combined with glucosamine and chondroitin to produce faster delivery and improved results.

A Faster Way To Absorb Curcumin Into The Body 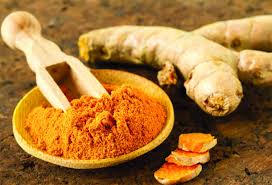 One of the fastest ways to ensure that Curcumin is absorbed into the body is to take it in a liposomal supplement formula. This provides natural anti-inflammatory protection with support from the antioxidant resveratrol.

Our bodies naturally create liposomes — tiny bubbles (vesicles) made from the same material as cell membranes. Pharmaceutical companies have re-created this delivery system to dispense pharmaceutical drugs where they are needed.

Taking Turmeric alone or adding it to your curry will not give you the full absorption that Curcumin can offer. Instead, add Curcumin into your supplement regime and see for yourself how it can help to reduce inflammation in the body, improve skin issues, boost liver function and support the weight loss process. This way everyone gets the full benefits of this amazing healing compound.