10 Curcumin Health Benefits You Should Know About… 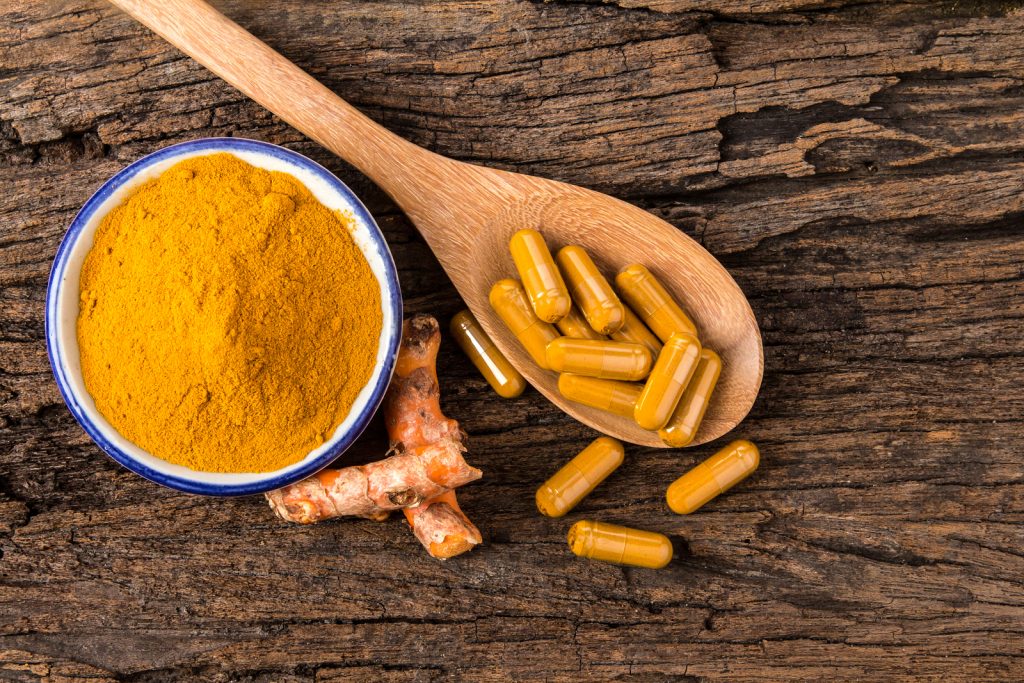 Curcumin is a powerful antioxidant with many anti-inflammatory effects that can support a wide variety of health conditions. Here are just 10 amazing Curcumin health benefits…

Curcumin can relieve joint pain, reducing inflammation and stiffness in the body. It’s especially beneficial for rheumatoid arthritis (RA) and osteoarthritis (OA) sufferers who are seeking therapeutic benefits for their condition. Curcumin can treat and alleviate the symptoms of arthritis, providing effective pain relief for a wide variety of joint problems.

2. May Have Anti-Cancer Properties

Curcumin may have a powerful effect on cancer cell growth and development. In vitro studies have found that Curcumin may be effective for several different types of cancer. This includes breast, colorectal, lung, pancreatic along with multiple myeloma.

Curcumin has been shown to cross the blood-brain barrier and for this reason, it has potential to ease inflammation and oxidative damage that can play a role in Alzheimer’s Disease. Curcumin has beneficial effects on reducing both.

Studies also show that Curcumin can clear protein tangles known as amyloid plaques. Curcumin has been shown to slow down and even reverse the prorgession of Alzheimer’s Disease.

Multiple Sclerosis is a nerve system disorder affecting the brain, spinal cord and optic nerve in your eyes. Symptoms can include vision problems, balance, muscle control, along with other basic body functions. Different people may experience different symptoms.

Curcumin can interact and modulate multiple cell signaling pathways and prevent the development of various autoimmune neurological diseases including MS.

Curcumin nanoparticles are also proven to reduce inflammation in respiratory disease. Its antioxidant properties can alleviate oxidative stress and its role as an antioxidant is implicated in COPD treatment.

By clearing blockages in the the respiratory tract, Curcumin has been found to reduce the accumulation of immune cells in the airways, while reducing inflammation, and alleviating the obstruction and narrowing of the respiratory passage.

Curcumin may help to manage the symptoms of Diabetes by reducing blood sugar and cholesterol levels. One study from 2013 shows that Curcumin is helpful in decreasing blood sugar levels and other complications caused by diabetes. While the study consisted of animal test subjects, more research needs to be done on human models.

Adding Curcumin (via turmeric) for 56 days resulted in a decrease in blood levels in rats. The study also employed the same model on diabetic mice to show how effective the use of curcumin is on glycaemia. The study furthermore suggested that beta cells were faster and lived longer in rats that were given curcumin.

Higher blood sugar levels and the inability to respond to insulin can be alleviated by taking Curcumin. In patients with Type 1 diabetes, inflammation and slow cell death destructs pancreatic cells.

Inflammation in the pancreas causes the malfunctioning of insulin in the body. Additionally, it also contributes to insulin resistance. Turmeric’s anti-inflammatory property can modulates protein’s activities and their pathways in the body.

Curcumin may contain anti-coagulant properties that prevent platelets clumping together and forming blood clots. Contrary to misinformation, Curcumin does not thin the blood and in fact just helps the blood to become healthy. There are also various studies showing that Curcumin may help as an anti-coagulant in treating thrombosis and related complications.

This was according to the Central Drug Research Institute, Uttar Pradesh, India who conducted a research study to investigate the protection offered by turmeric oil against myocardial ischemia-reperfusion injury.

As a natural anti-inflammatory compound, Curcumin has powerful benefits for promoting good skin health. It can accelerate the wound healing process that can be complex and take place in several stages. This includes coagulation, inflammation, accumulation of radical substances and contraction of wound and formation of granulation tissue and scar.

Curcumin can act as a catalyst to speed up the healing process. Other skin problems that Curcumin can help with healing include acne, psoriasis, eczema and more.

Curcumin can lower LDL cholesterol levels, preventing its oxidation and suppressing plaque build-up in arteries. High cholesterol levels can result in the deterioriation of heart health. Researchers believe that Curcumin compounds can slow down the development of such problems.

Along with normalising lipid levels, Curcumin is a natural antioxidant that can reduce oxidative stress and harmful free radicals in the bloodstream. It is these free radicals that can allow LDL and cholesterol molecules to adhere to them, making the arteries clogged. Curcumin can therefore help with keeping arteries clear so blood can flow freely.

Due to its ability to help the liver, Curcumin has many health benefits for detoxing the liver. Curcumin stimulates bile production by the gallbladder, according to the University of Maryland Medical Center.

The liver then uses the bile to eliminate toxins. It also rejuvenates the liver cells that breakdown harmful compounds. This is why Turmeric (where the Curcumin compound is derived from) has been used in Ayurvedic and Chinese medicine to treat digestion and liver disorders. Taking Curcumin may therefore help to expel any toxins and support your liver with the detoxification process.

It’s worth taking into consideration all of the above reasons and more to receive Curcumin health benefits over the long-term for best health and wellbeing.